September is prostate cancer awareness month.  It is the month in which many advocacy groups including Prostate Cancer Canada attempt to educate man about assessing risk factors and understanding the nature of prostate cancer.  Leaders ranging from President Obama to many local politicians declare the month in support of prostate cancer.   Important work done tirelessly at a grassroots level by volunteers in every community across Canada gets highlighted in September. There are community runs as well as nightly forums and this year the national arm of Prostate Cancer Canada vowed to "Sock it to Prostate Cancer"

Thunder Bay, Ontario is one such community. One glance at a map does give you the sense that while it is a big city it is potentially quite isolated, sitting on the Northwestern shore of Lake Superior. In January I received an email from Ed Long, the President of the local chapter of Prostate Cancer Canada.   He was trying to plan what his local group might do for prostate cancer awareness month and asked if I would come and speak to them.  Despite never having enough hours in the day I am not very good at saying no.  I said sure!

On Sept 25, I went up to Thunder Bay. I suspect I learned and gained more from the experience than I think the local community did. First of all I was reminded once again about the vastness of our country. We are connected however by common themes of community and a strong desire to look after one another. The people that I met in Thunder Bay were very gracious and generous hosts.

The actual discussion focused on understanding the nature of prostate cancer, how to possibly detect for the disease and understand risk factors.  Further I wanted to strongly convey the message that not all men diagnosed with prostate cancer need to be treated but that this disease heterogeneity is not a reason to avoid assessment. The concept of understanding one's baseline and then moving forward from there resonates strongly with me.

I had the great pleasure of meeting Mr. Long and his lovely wife Beth as I stepped off the plane. They were both there to meet me and quickly got me set up for the evening. The talk was well attended, streamed on their local website and followed by a lot of questions from the community.  There was also a nice celebration of their 20th anniversary. 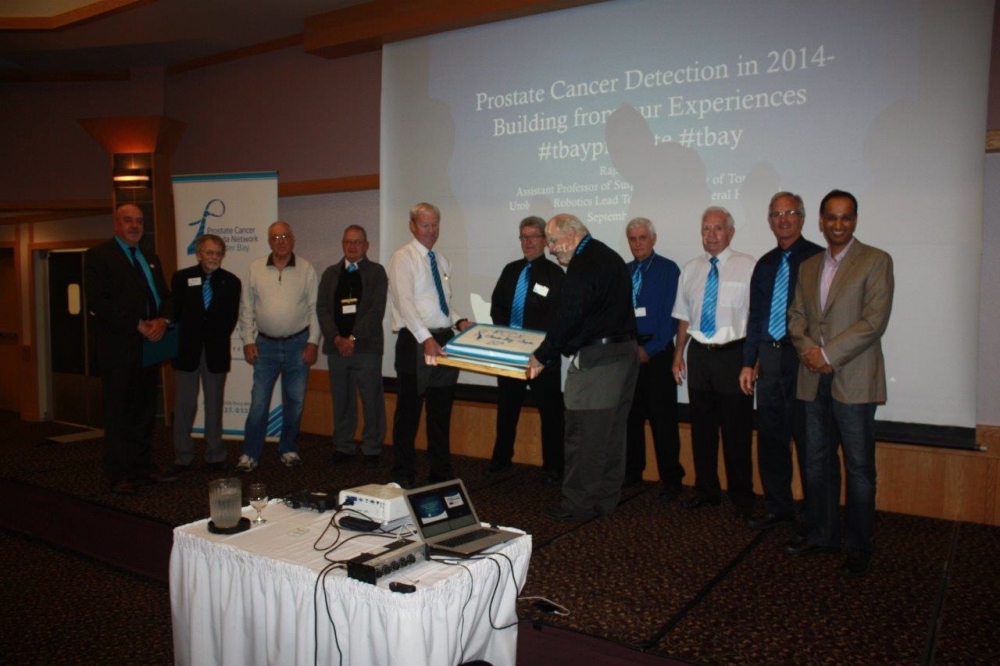 A late dinner was followed by a beautiful tour of Thunder Bay the next morning. Ed was a most gracious host and tour guide.  Perhaps the most inspiring visit was to the Terry Fox Memorial. For those not familiar with the story of Terry Fox it is worth reading. This Canadian icon may arguably have moved the needle forward in terms of our understanding of cancer as much as anyone over the last 30 years. The funds raised to support cancer research have been massive.  He was the quintessential patient advocate and a hero he remains.

As I left Thunder Bay and flew over the vastness of Lake Superior I reflected on my experience.  As we become more and more dependent on technology and try to make recommendations guided by best evidence, at its core the relationship of physicians with our patients and with the community is a very human one. 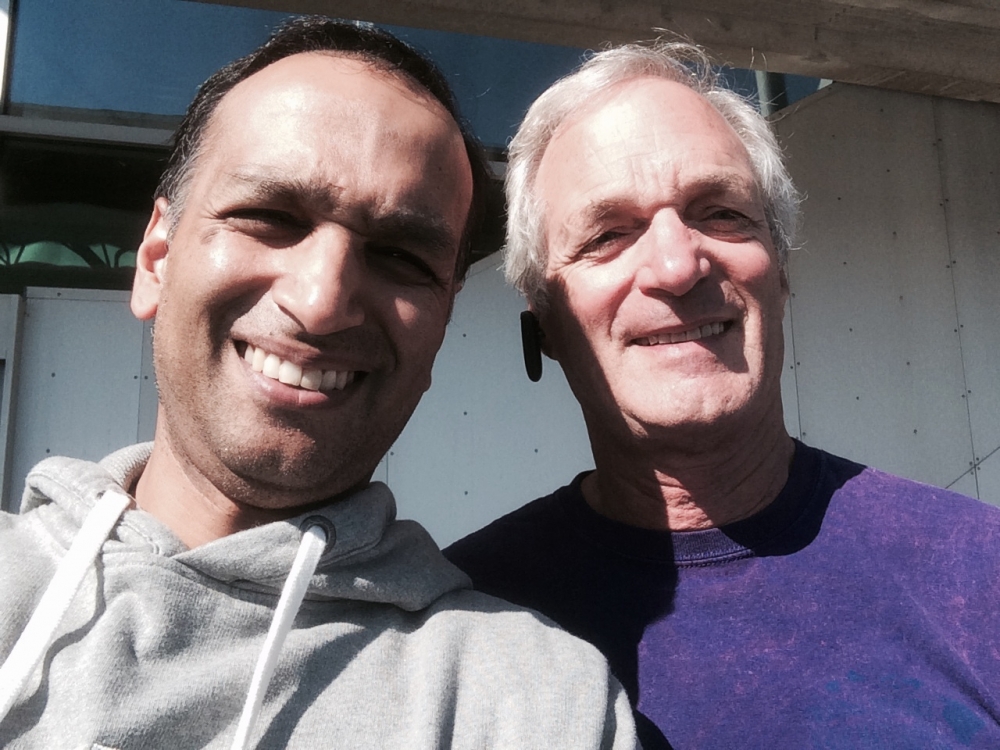