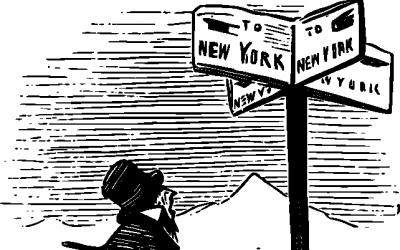 Monday, the Canadian Task Force on Preventative Health Care (CTFPHC) issued a statement on the use of the PSA test in screening men for prostate cancer.  In summary a blanket recommendation was made that PSA screening should not be offered across all age groups.  In many ways this is not new. The debate over the role of PSA (prostate specific antigen) in prostate cancer screening has raged on for many years.  I have previously written about this and it has been also a subject of similar task force recommendations south of the border. The CTFPHC prominently notes that it was endorsed by the College of Family Physicians of Canada. No significant input from credible bodies representing specialties that actively treat prostate cancer was considered.

First some background. Over the course of one's life it is estimated that up to one in seven, perhaps one in six men in Canada will be diagnosed with prostate cancer in their lifetime. It is equally true that prostate cancer is a common source of cancer mortality in Canadian men.   PSA is a protein normally produced by prostate cells. It is expressed both by benign and malignant cells. Its use in oncology has been guided by the notion that men with prostate cancer tend to make more PSA relative to other causes. It has been used in prostate cancer detection and monitoring since the late 1980s.

There is no doubt that the use of PSA helps clinicians detect prostate cancer early. The dilemma arises from the fact that prostate cancer is generally a very heterogeneous disease. On the one hand men with a relatively indolent (‘benign’) cancer will likely die from other causes. At the other extreme there are men with much more significant cancers who will succumb to the disease. Prostate cancer can be relatively harmless but also is the same disease that afflicted prominent Canadians such as Pierre Trudeau and Jack Layton. An ideal screening test is one that will detect a cancer at a point where intervention will alter the natural history of the disease and where that treatment can be performed safely and in a cost effective manner.  By the definition laid out by statisticians and epidemiologists PSA is not a great screening test on its own.  Thankfully those two groups don't actually treat men and their families with prostate cancer

Monday’s new guidelines start with the premise that early detection will lead to a cascade of both potentially harmful tests and overdiagnosis. It is certainly true that many men  diagnosed with prostate cancer do not need to be treated. Treatment can be very effective but can negatively impact urinary and sexual function. It is the challenge of clinicians in that scenario to help patients understand through comprehensive counselling why their particular cancer may best be left alone. They may be older, have significant other medical issues or simply have minimal disease on biopsy.

I think the CTFPHC recommendations are both lazy and misguided.  In part they are an attempt to manage this overdiagnosis phenomenon and make an assumption that active therapy always follows. However, many men will ultimately present with more advanced disease, well beyond the ability to be cured, if we abandon any attempt to detect for prostate cancer.  Current thinking, much of which has been pioneered here in Ontario under the leadership of my great mentor Dr. Laurie Klotz reflects the importance of separating diagnosis from treatment. A positive biopsy is not a binary outcome. Information that includes the grade and volume of cancer can provide much insight into the potential aggressiveness of the cancer.    Certainly known risk factors such as family history and ethnicity remain important. However, in my own personal experience over the years many men I have looked after with significant disease, often in their early 40s, have no previously known risk factor.

How do we find these men? The trick probably lies in using a multifactorial approach to risk assessment. The PSA test alone is a simple blood test, which can help guide who may or may not be at risk.  Establishing a baseline that is particularly low early in life may reassure a man that perhaps he does not need to have the blood test done every year.  These men perhaps could have a PSA done three or four times over the course of thirty years.   On the other hand a man with a PSA that is not negligible in his early 40s (more than 1) should probably be followed more closely. This kind of ‘smart screening' that also takes into account other risk factors and how PSA changes over time can only be performed if we have some historical sense of what an individual patient's PSA previously was.  A baseline is essential. This will not happen if we abandon the PSA test.

The August 2013 Melbourne Consensus which reflects the input of numerous thought leaders from around the world represents I think the best sense of how we should use PSA in 2014. The Canadian Urological Association in response to Monday’s recommendations published a very reasonable approach that also reflects much of this thinking.  This is what we should be telling Canadian men.

The CTFPHC recommendations may be a well-intentioned effort to provide guidelines on PSA screening but in the clinical real world it will be mistaken as a statement on PSA testing.  Confusion at the primary care level will not make any distinction.  PSA will simply stop being drawn. That will be a disaster. This simple blood test by itself does not cause any harm. Over the last three decades we have significantly reduced the mortality rate from prostate cancer. It may not be long before we see a generation of men ultimately present with advanced disease and once again wonder how did we get here. The 1980s textbooks of my medical school days fully described only 20% of prostate cancer's being curable at the time of diagnosis. We may yet get there again