I looked at this picture that I took shortly after I arrived yesterday.  From the sky one realizes that the view can be from anywhere in the world.  A tilt of the head downwards of course brings ones current reality back into focus.   If we can all be under one roof though it does make one wonder whether we should all have access to the same 'amenities' of home.

There is much to think about after my first full day in Malawi. I woke up to a beautiful view from the place I am staying at built on the lower slopes of the Zomba Plateau. 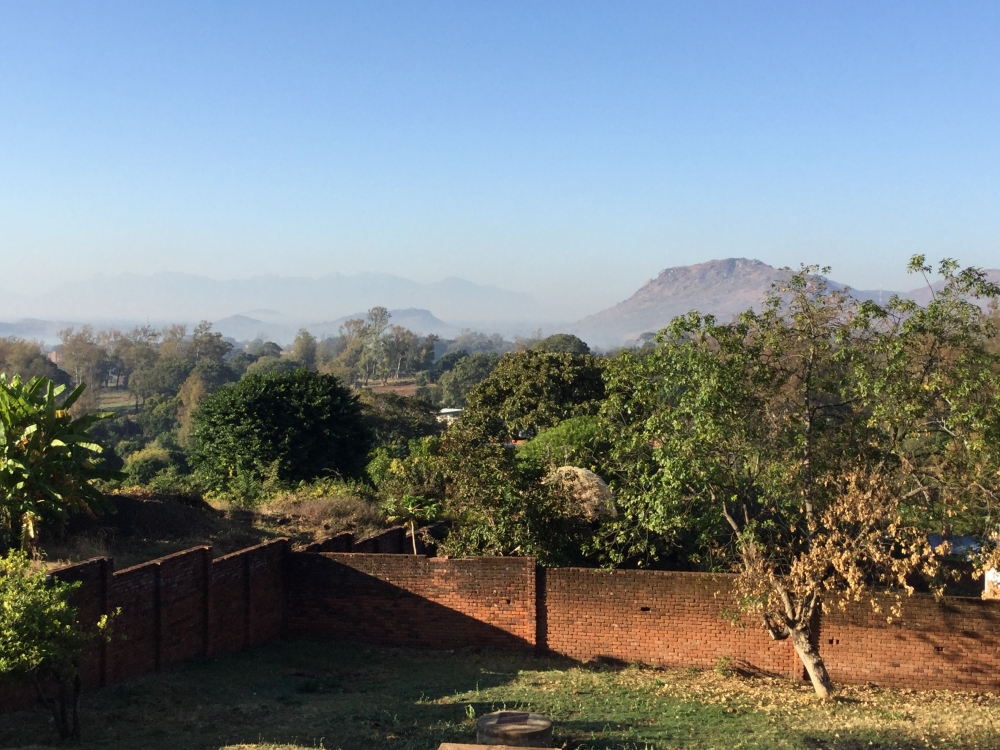 An early start brought me to the head office of Dignitas. I met many of the tremendous people that form the backbone of this organization. In fact, as I walked around the site it and contrasted it to my later experience in the surgery clinic (which I will discuss below) it reinforced what a massive effort it takes just to do one thing well. We have a very impressive team on the ground in Zomba. 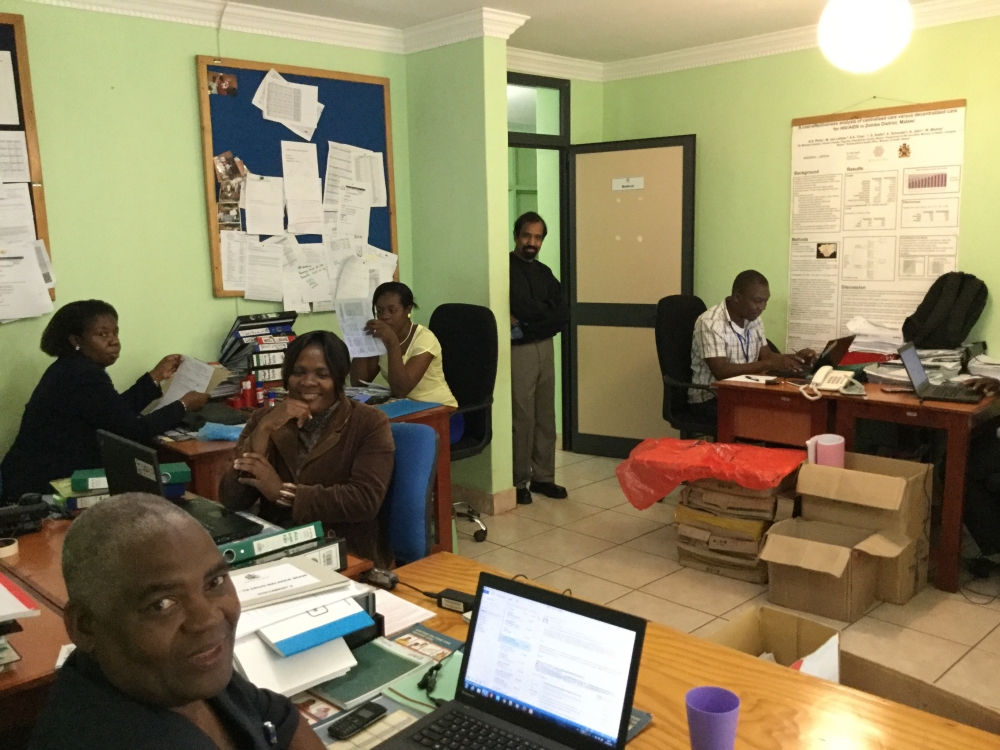 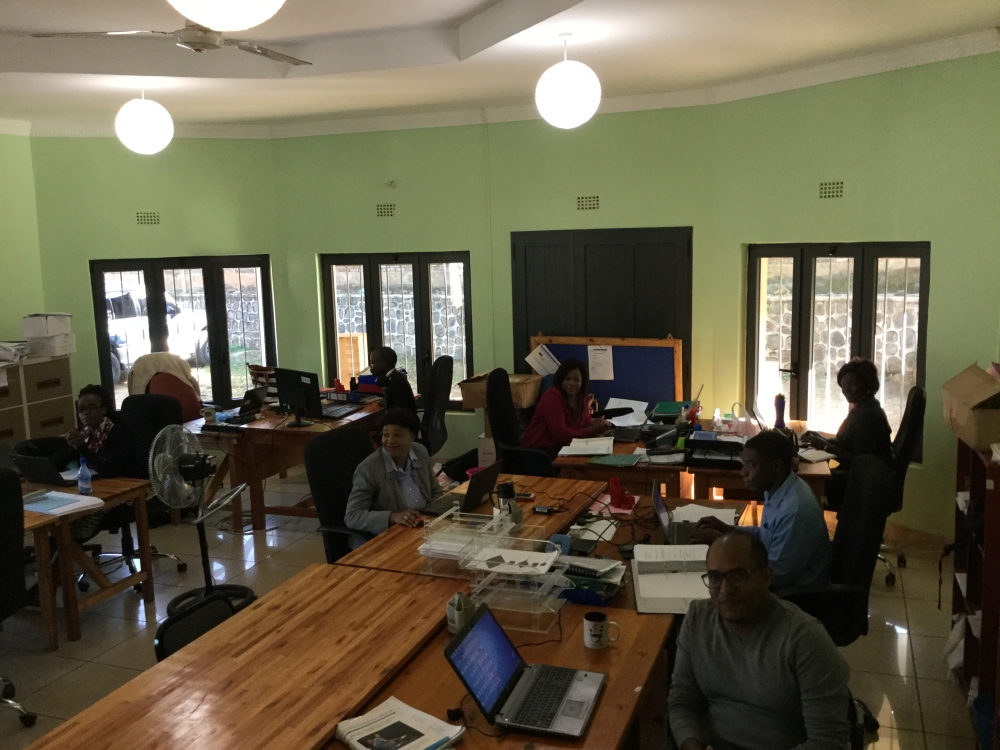 The data management and IT infrastructure, logistical and communication support to allow the clinicians to do address any particular need is huge. DI has made enormous strides to integrate comprehensive care from the primary, often very rural settings to the district clinics and the central hospital. From what I saw of urology support today, Dignitas’ achievements become singularly more impressive. It has taken a tremendous concentration of brainpower, clinical expertise and financial resources to allow DI to really function in my mind at a world class level.  To try and scale that to every other, almost infinite clinical entity in a resource-poor healthcare setting seems almost impossibly daunting.

Touring around the office and then the hospital clinic today allowed me to meet some of the faces you see in this video that captures the work that DI does well. 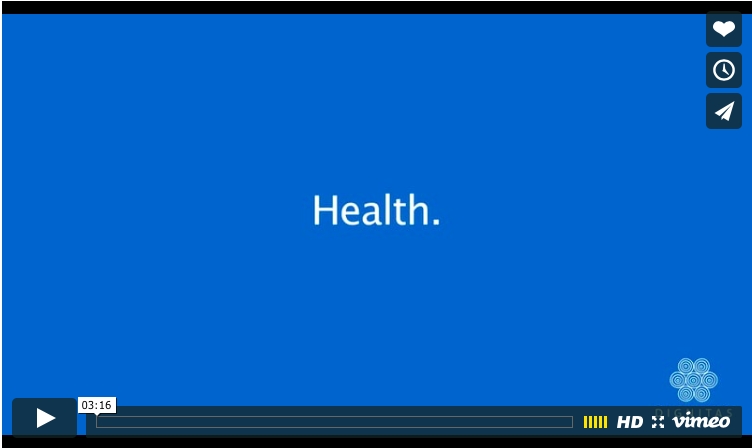 Much of the day was spent in the surgical outpatient clinic today at Zomba Central Hospital, ostensibly to review potential cases for me to do in the theatre tomorrow and on other days over the next two weeks. 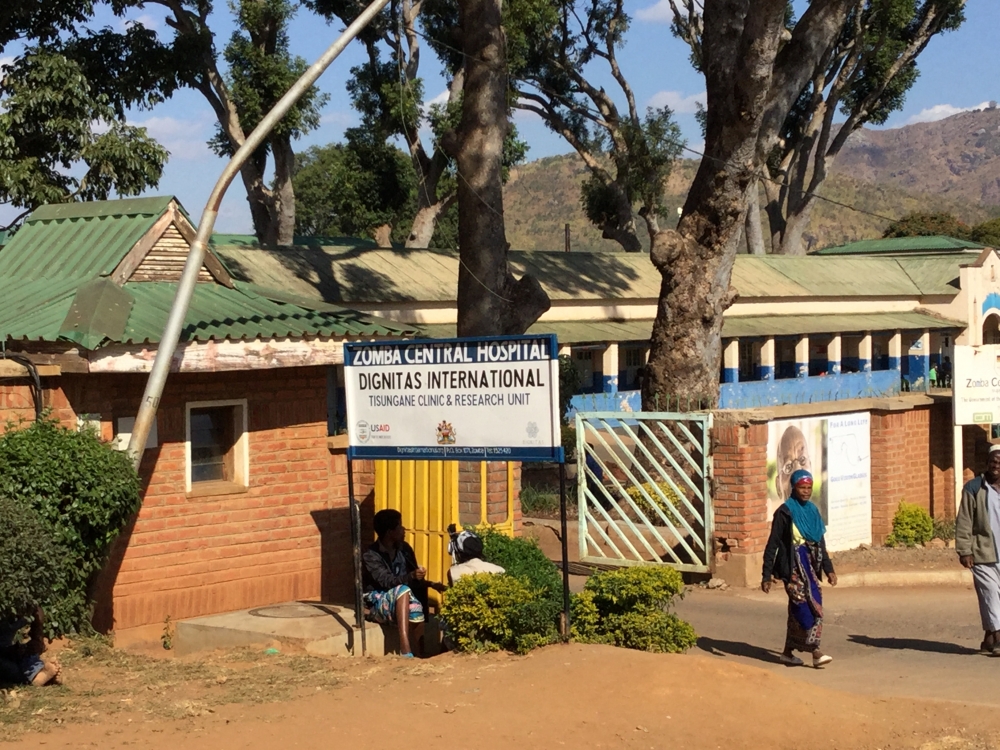 After years of being trained to understand and then act upon best evidence, I quickly learned today that much of what I would need to rely on was judgement and experience and the imperative to do no harm. I met a PSA with a (likely) falsely elevated PSA of 49 in urinary retention.  It was suggested that an orchidectomy (done for advanced prostate cancer at times) might be a reasonable next step.   We will see if we can get him to void first.  I met a lady with a complex, clearly difficult to fix problem where essentially I offered nothing. She made a point to tell the clinical officer helping me (who doubled as my translator) that she was very happy because someone had just simply talked to her. Every patient who presents with persistent blood in the urine is started on Praziquantal, a drug used to treat the parasite Schistosomiasis, well before any basic workup including cystoscopy is considered.  Rare in the developed world, 'Schisto' is a very common cause of bladder cancer in Africa.

I learned that basic labwork is available (although not that PSA) but sending any tissue for biopsy is charged to a patient at 16,000 Kwacha (MWK).  Many may earn only 25-30000 MWK a month which makes such a basic test untenable.  When one learns that 600 MWK= $1CDN the extreme disparity in wealth distribution across the world is immediately apparant.  It is very daunting.  I quickly realized that any delusional notion I had that I could come and 'fix' or even improve things was probably niave at best. I did surgical ward rounds as a consultant in one room where 43 patients were present, many lying on mattresses on the floor!  The women and men I needed to see all patiently waited for me.  Nevertheless with all of the suffering there was a quiet dignity that I saw thorughout the day today.  It was very inspiring. We still have much to be proud of in the healthcare system we have in Canada. It is still excellent as one contrasts it to the majority of the world, although as I have written before, perhaps it is complacency that will be our undoing. Let's not get preoccupied with our usual obsession with 'first world problems'

In any case I have a list of cases to do tomorrow.  We will do some transurethral prostate work, which is new technology for Malawi.  Another visiting urologist brought some equipment in February and did two cases.  Tomorrow will be the further experience.    My new friend Daniel Nyirenda, a terrific clinical officer who is keen to learn will be there to help.  I expect much need for improvisation 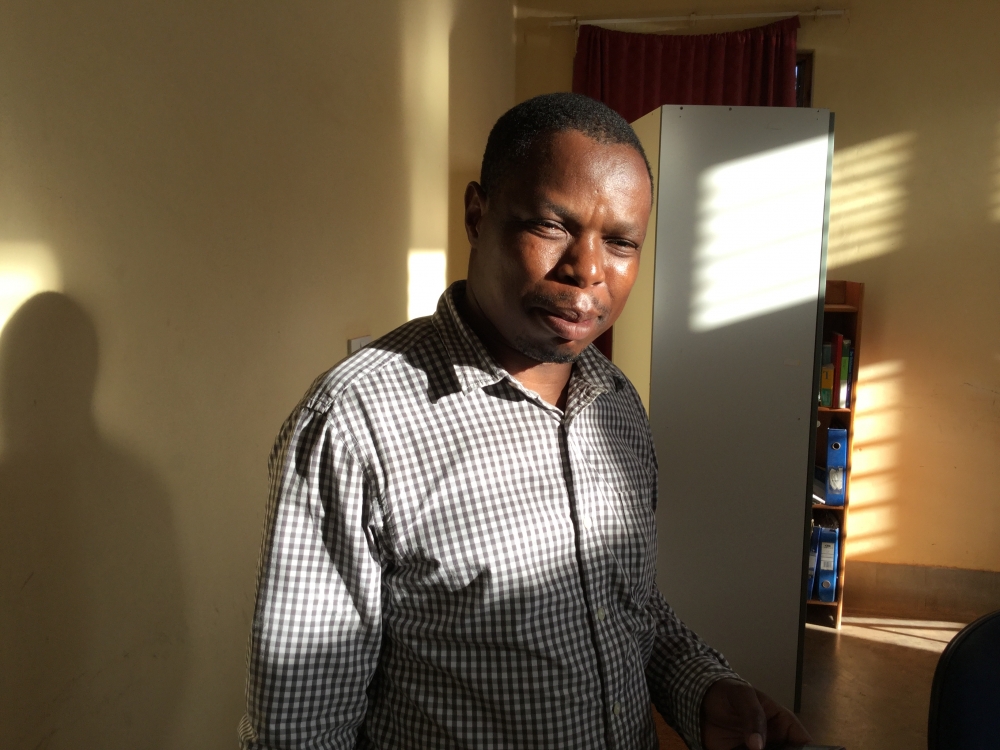