Reflections on baseball in support of a great institution 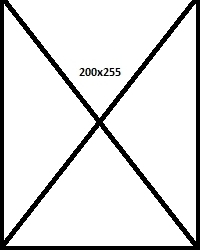 With a three games to two lead in the 1993 World Series, the Toronto Blue Jays headed into the bottom of the ninth inning of Game Six down 6-5 after Philadelphia had scored 5 in the seventh.  After a leadoff walk to Ricky Henderson and a one out single by Paul Molitor, Joe Carter stepped up to the plate.  Most of us I think were certainly hopeful of at least a hit to ensure a tie game with hope of winning it in extra innings.   As we now know the 2-2 pitch that Carter hit off of Mitch Williams over the left field wall allowed the Jays to walk off as repeat World Series Champions.  Toronto fans have Tom Cheek's immortal call of that moment forever etched in their memory.    I recall looking through my twenty-something lens and believing that this team which had only known excellence for my entire adult life seemed set up to dominate for another decade.  A team whose core included John Olerud, Joe Carter, Devon White as well as a young Carlos Delgado and future hall of famer Roberto Alomar could not possibly miss.

Of course as we now know the Jays have not had a sniff of the post season since.  The labour strife that blew up the 1994 baseball season probably hastened the decline. Those 1985-93 teams were perennially positioned to compete in the post season.  They in many ways were the Yankees of that era, able to attract free agent stars to join the team with relative ease.   Sadly, great institutions can falter.   Nevertheless throughout these years, now as a season ticket holder, I have continued to support my team.

I joined the surgical staff at Toronto East General Hospital in 1996  and have had a happy and productive career.  It is a great institution.  It has provided me a forum from which to build a well-respected urology program.  It has developed a number of surgical initiatives that have led the way across the province.   TEGH has continued to thrive in a healthcare environment that is constantly changing.   It is both necessary and inevitable that our healthcare system will continue to evolve.  I have previously written about this need for change. We must adapt and we can never be complacent.   We must also strive to protect and build our cherished institutions.  I have the privilege of serving as a member of the Toronto East General Hospital Foundation Board.  This has allowed me to bring a unique clinician's perspective to the board as we all attempt to ensure the hospital's long-term success.

The Grand Slam Celebrity Softball Tournament in support of Toronto East General Hospital will take place this October.  With some good fortune the Jays may be in the middle of a playoff run at the same time.  As one of the three Co-chairs of this event I get a chance to combine my love of baseball with support for TEGH.  The official kickoff occurs Aug 5 at the Rogers Centre.  My short introductory welcome can be found here.  There will be many athletes and other celebrities who will be “draft eligible” and ready to play alongside registered participants. I hope to get a few to play on my “Split-Fingered Surgery” team!  With Joe Carter himself graciously serving as honourary chair it is not lost on me that we have perhaps come full circle from that October night in 1993.   It will be great fun and a bigger success.