The relationship between Vasectomy and Prostate Cancer: An old idea Revisited 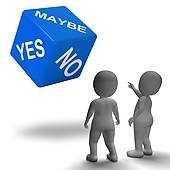 Last week, I realized that patients coming to my office seeking vasectomies required an additional piece in their counseling.   What led to this change? Earlier this month a study out of Harvard University suggested an association between vasectomy and lethal prostate cancer. Published in the Journal of Clinical Oncology, the researchers found that “men with a history of vasectomy had a 10% increased risk of prostate cancer, with a 19% higher risk of a more lethal form of the disease.”

At first glance the study sounds quite frightening, particularly when one considers that vasectomy is a common form of birth control, with prevalence rates of more than 10% across the industrialized world. Over my 19-year career I have done approximately 2,200 vasectomies. First conducted successfully on a canine subject in the early 19th century, the modern “no-scalpel” method can typically be completed within a few minutes.

Regardless of its routine nature, the procedure still makes some men cross their legs when they consider it. They come in to see me in spite of this discomfort. Their wives tend to have borne the burdens of childbirth and family planning, and now that their families are complete, the men are looking to shoulder their share of the contraceptive responsibilities. “Vasectomies are as reliable as anything short of abstinence,” I typically reassure my patients. “There’s a low failure rate, and a very low likelihood of complications.” Known risks include infection, bleeding and chronic testicular pain.

The Harvard study has made my reassurances a little more complicated. It’s based on the data pool provided by the Health Professionals Follow-Up Study—a Harvard School of Public Health-sponsored study of 49,405 men working in health-related fields who were between the ages of 40 and 75 in 1986 and then followed until 2010.

Of these men, approximately 12,000 had vasectomies. In parallel, 6,023 were diagnosed with prostate cancer, with 811 of those men dying of the disease. When the researchers crunched the numbers, it turned out that the men who had undergone vasectomies were comparatively more likely to develop prostate cancer. Additionally, the vasectomy group seemed slightly more predisposed to develop a more lethal form of prostate cancer. Nevertheless it is worth noting that for a disease that will affect one in seven men in their lifetime, the overall risk of death for both groups is comparatively small, with only 1.6% of the men dying of prostate cancer over the 24-year study period.

Media coverage upon publication of this study was both swift and intensive and generated much discussion in the urology community. For example, my Australian colleague Declan Murphy described within hours a patient challenging him about his previous reassurance that vasectomy doesn’t cause prostate cancer. “Since then we have had headlines in the mass media all over the world,” wrote Declan on his blog.

But what those headlines don’t say is that this is not a new topic. In fact, researchers analyzing this same pool of subjects published a study back in 1993 positing the same link between vasectomy and prostate cancer. Since then, a 2002 meta-analysis looking at 23 different studies concluded that any association between vasectomy and prostate cancer was small and possibly explained by something called “selection bias”—because men who undergo vasectomies tend to have earlier contact with urologists, and thus are more likely to get diagnosed with prostate cancer. After a thorough review of the literature the American Urological Association concludes that “vasectomy is not a risk factor” for prostate cancer in its guidelines.

While the Harvard study attempted to insulate its findings from any selection bias, I don’t see urologists changing course anytime soon. At best the risk is small.  Furthermore, a biological explanation remains elusive. The Harvard study only found an association between prostate cancer and vasectomy in the specific population it studied. The study authors write, “The biologic mechanisms behind the association… are not clear.”

Prostate cancer is usually a hormonally fueled disease. Meanwhile, vasectomy has little effect on hormone levels and simply disrupts a tube transporting sperm. A causal link between the two could rewrite our understanding of the development of prostate cancer.

In the future, I certainly will discuss this study with my patients. I will also use the opportunity to educate them about more established prostate cancer risk factors, such as family history, ethnicity and advancing age. Prostate cancer will continue to remain a challenging and complex clinical entity. Until there is better data, I will continue to advise my patients of the considerable merits of vasectomy in shared family planning cancer.

This piece was published in print in the National Post   and online on July 23, 2014.  Thanks for the opportunity to Dr James Aw, medical director of the Medcan Clinic who is on sabbatical and regularly writes the Post's health column