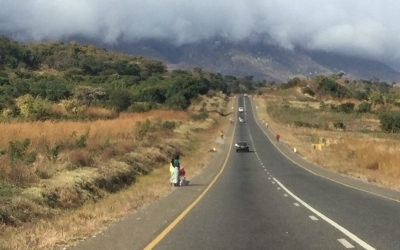 I took a trip to Blantyre, Malawi’s second largest city, on Friday. My aim was to meet Dr Eric Borgstein a very impressive paediatric surgeon at Queen Elizabeth Central Hospital. The medical school of the University of Malawi is based in Blantyre as are now some surgical training programs. (the undergraduate college of the university is in Zomba) I hoped to get some insight from Professor Borgstein about how the Malawi health system functions from a surgical perspective. Urology remains a stepchild in Blantyre with only a rudimentary service. It has a more or less dismal presence across the entire country. 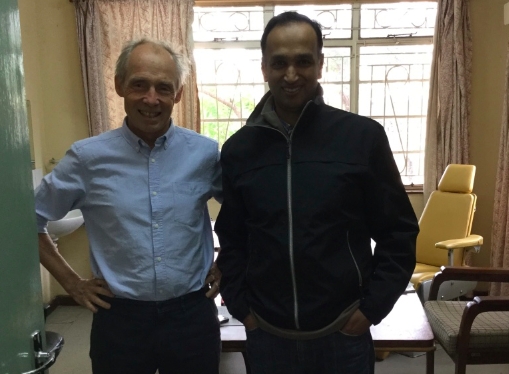 Some background on the Malawi and its healthcare system:

The current population of Malawi is just over 16million and at its current pace will almost triple to an extraordinary 45 million by 2050. All of this despite having  some of the worst health metrics in the world including 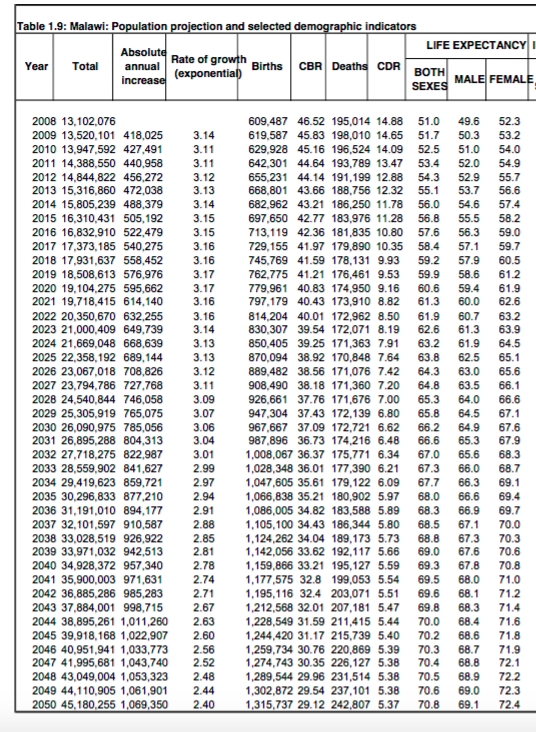 life expectancy, infant and maternal mortality. 85% of the population lives in a rural setting. With high birth rates and better treatment of HIV it is clear that there will be many more people to strain the system, presenting with many of the similar diseases of aging that we contend with in the developed world, such as heart disease and cancer. Bladder and prostate cancer are very common here. With essentially no urological presence, Malawians will be even further let down. Indeed the whole system will be even further taxed beyond what I have already described. (map of the district) In 2008 there were 0.02 physicians/1000 people as opposed to a benchmark 2.3/1000.  Clinical officers do the overwhelming majority of the work.

There are 28 districts in Malawi with 60% of the care administered by the Ministry of Health and about 35% from the Christian Health Association of Malawi, with a number of smaller groups making up the rest. There are three levels of care. At a primary care level are a number of small health centres and maternity clinics which feed into district hospitals ( or mission hospitals ) that provide the next level. Zomba Central Hospital where I have worked actually is at the tertiary level and is only one of four in the country. Incredible through my Canadian lens given what I have seen. The other central hospitals are in Mzuzu, Lilonghwe and of course Blantyre 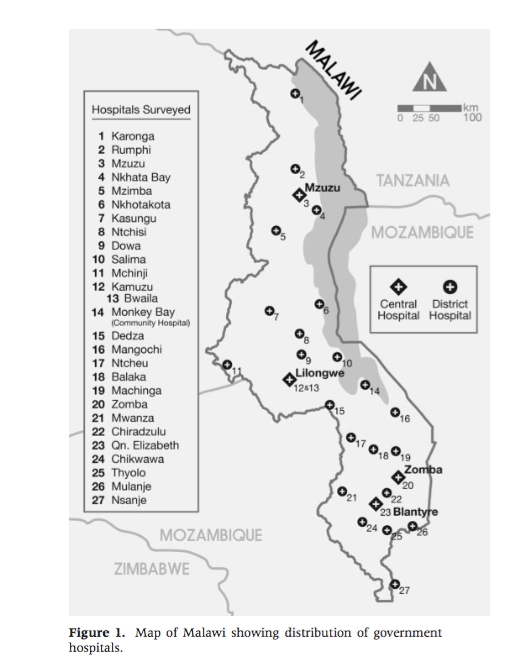 The University of Malawi College of Medicine only started in 1991 and now accounts for about 75 graduates per year.  Surgical training in some disciplines does exist, but urology is an ongoing marginal presence. There is no formal teaching. The overwhelming bulk of all surgical work is done by clinical officers. (CO) The country established CO training programs of 3 years in 1975. Upgrades to specialty CO level exist in orthopaedics and anaesthesia. As I wrote earlier, anaesthesia COs provide almost all of the anaesthetic care in this country. Only four fully trained physician anaesthetists are actually left now Dr Borgstein tells me, not five as I had earlier reported.

Clearly in this context, establishing a reasonable urology presence looks daunting. The College of Surgeons of East, Central and Southern Africa ( COSECSA) has established programs in general surgery, orthopaedics and paediatric surgery. These are specialties where existing staff expertise already exists. It grew somewhat organically and training has eventually been established in those areas. The physicians I have met are very bright and are capable of doing everything demanded of them provided they have the right tools and access. To establish a urology training program I think can be done if a long view that is well coordinated is taken. COSECSA guidelines for any fellowship level training program require the presence of two full-time on site surgeons doing at least 200 cases a year. Right now there is not even one in urology.

When you meets Dr Borgstein one can clearly see what is possible when a highly skilled and respected presence in a given discipline exists, even in a resource-poor country like Malawi. Upon meeting him he projects a palpable aura of professorial gravitas. He is Dutch, born and raised in a two physician family in Malawi. He went to Scotland for medical school and The Netherlands for surgical training and has devoted his professional life to improving surgery in this country. A paediatric surgeon, from what I saw today he has acted as a champion for his specialty and has brought it to an impressive level here. He has provided the leadership to establish the fellowship programs that do exist right now and has established a link to Zomba with two residents (or registrars) training at ZCH. Through some significant help from the Raising Malawi Foundation, founded by Madonna a very impressive new paediatric wing is being built on the QECH site.

A little more about Eric describing his paediatric program, the establishment of training programs in Malawi and the remaining unmet surgical need can be seen here: 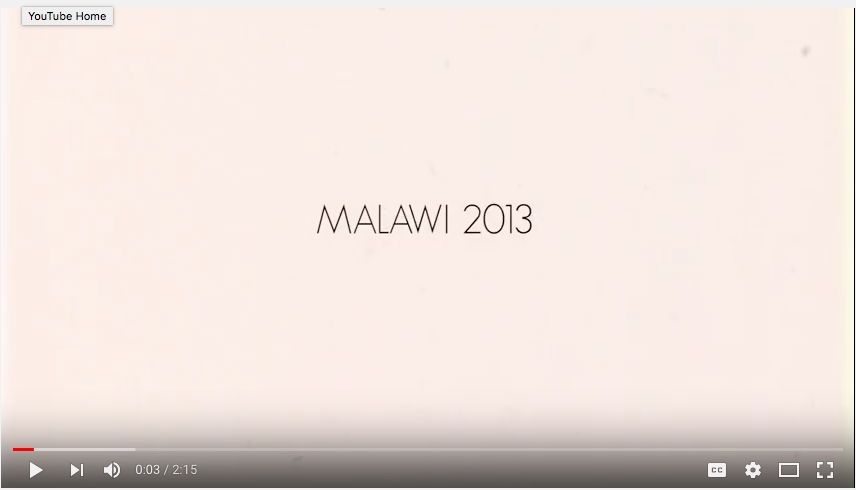 He also occasionally runs with some glamorous company: 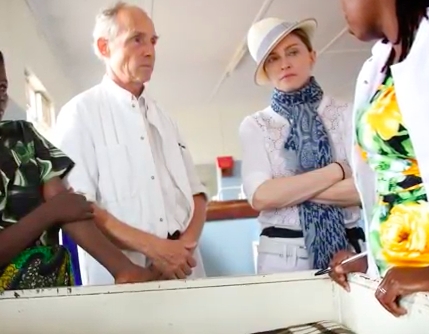 The goal of building any surgical capacity in the developing world has to be to leave something sustainable.  Arriving for a couple of weeks, doing some work and having patients wait until someone else arrives will not solve anything.

The broad strokes of what a plan to develop a urology presence in Malawi might look like then include:

1. Designating a preferred site, either Zomba or Blantyre to take on urology

2. Work with government here, the college of medicine and the globally minded spirit of others back home to map out a resource plan

3. Train, ideally elsewhere in Africa, or perhaps Europe a Malawian physician to specialize in urology and then come back to the central site. I met a Malawian    general surgery resident in Blantyre who really wants to move on and do urology. He has self-funded to go to some conferences and seems willing and able. If he could be funded to go away and train then perhaps he can come back to Zomba or Blantyre.

4. Establish a second urological specialist here after a local presence and champion has been established over a period of time ( a few years). With a roster of senior and perhaps newly graduated urologists from Canada and the US as well as a few others such as myself I could see that developing.  I have had several people email me this past week in response to what I have written so far expressing such an interest.  That would allow for a COSECSA acceptable training program