A Visit to the Tisungane Clinic 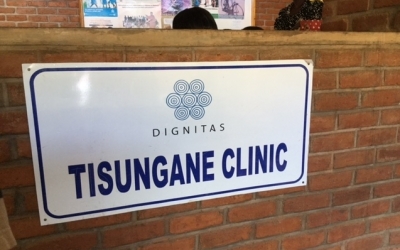 Today I spent the morning at Dignitas’ flagship Tisungane Clinic. It is from here that many of Dignitas' accomplishments can be seen. The HIV pandemic in Africa did not enjoy the access to a class of antiretroviral drugs that the developed world has had since 1996. We have converted HIV from a certain death sentence to a chronic disease. Many of us remember NBA star Magic Johnson being diagnosed as HIV positive in 1991 and through the lens of what we had seen in the 1980s felt his fate was sealed. He in the end likely had access to early trials that eventually changed the way the disease was managed a few years later. It became a chronic disease. Unfortunately that success never spread to Malawi and the rest of Africa. Barriers related to cost and integrated primary healthcare meant that it was still 1989 here, although at an incomprehensible scale, involving millions of people.  In 2004 when Dignitas International first started working here, the HIV infection rate stood at 18%, with almost all condemned to progress to full blown AIDS. Today it still stands at 10% but thanks in part to the efforts of Dignitas and with almost 250,000 patients directly now on ART due to DIs efforts, it is a more controlled chronic disease. Like diabetes. Like hypertension. The Malawi Health Ministry has done a terrific job in providing leadership to work in partnership with local expert NGOs and with tremendous support of the  Global Fund to tackle this disease. Of 15 million people living with HIV worldwide a rapidly growing number of people are on treatment.   It is an emerging global heath success story.   I wish there were more. 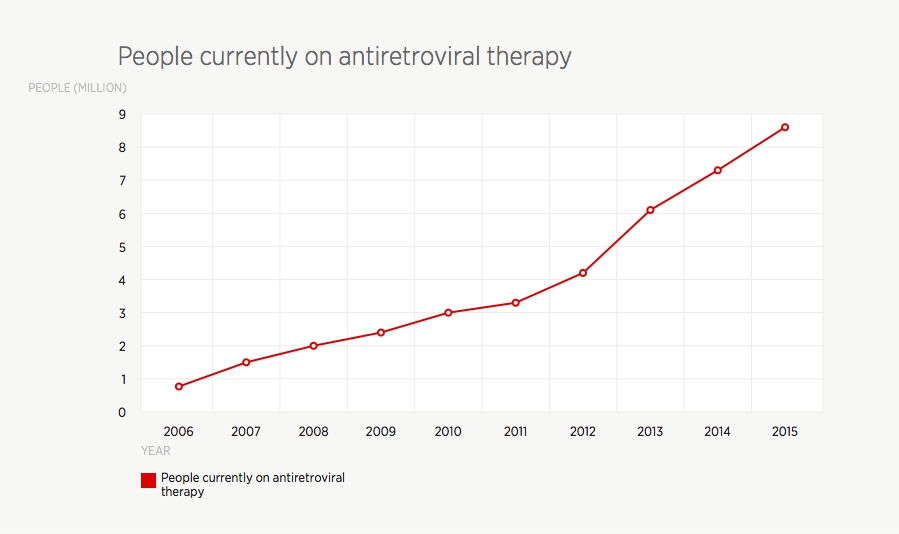 2: 90% of HIV-positive people will start and sustain anti-retroviral treatment.

3: Of those on anti-retroviral treatment, 90% will have viral load suppression which will allow them to live productively and reduce transmission

Walking through the Tisungane Clinic one cannot help but be inspired.   Onyx, 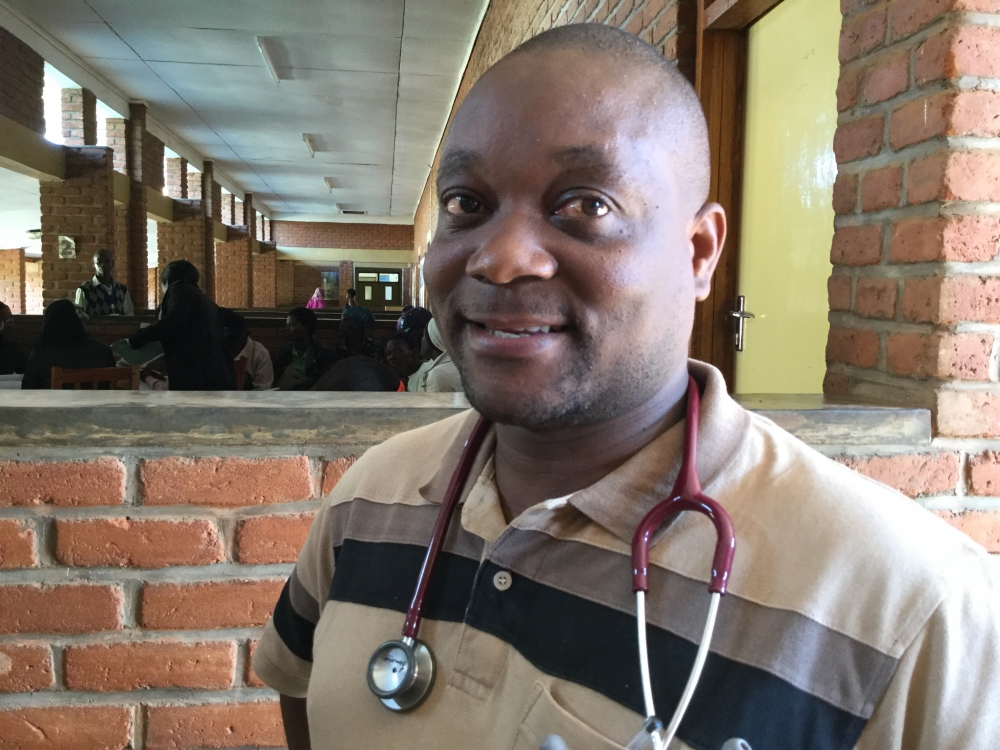 one of the legion of Clinical officers in this country gave me a comprehensive tour of the facility. There are five levels of caregiver at the facility. The clinic care structure is headed by physician Victor Singano who manages patients directly and oversees 8 clinical officers. They work hard and provide excellent, compassionate care. 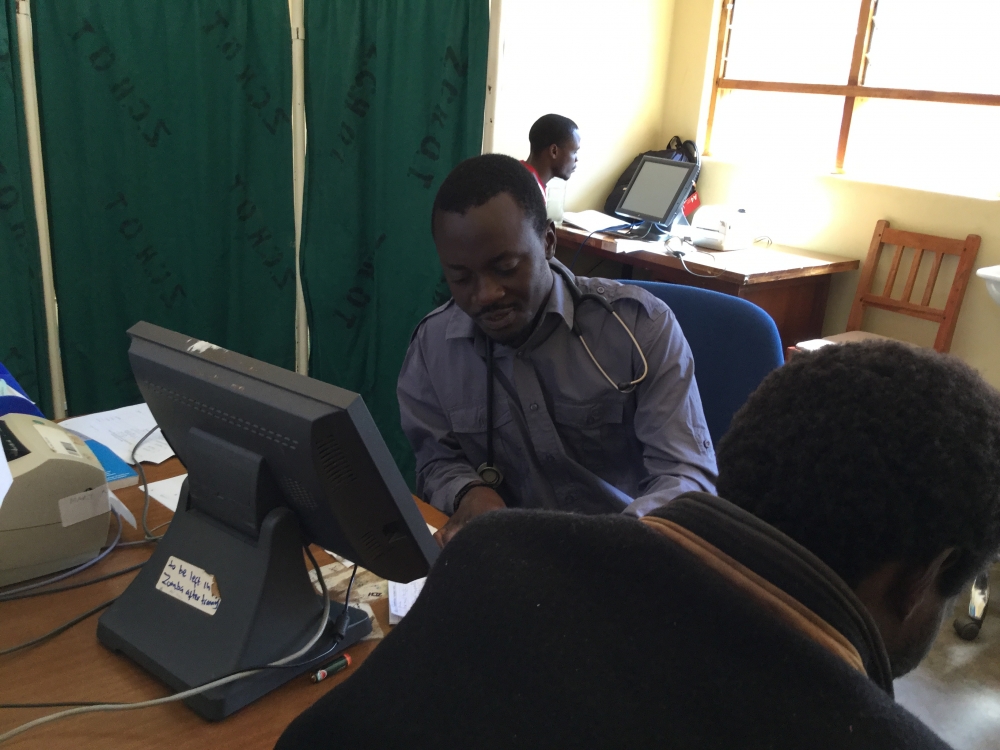 The nurses (as with everything else in heathcare) form the backbone. The ministry of health provides much support with nursing care. Most well patients just come and get their medications from the nurses at the dispensary. 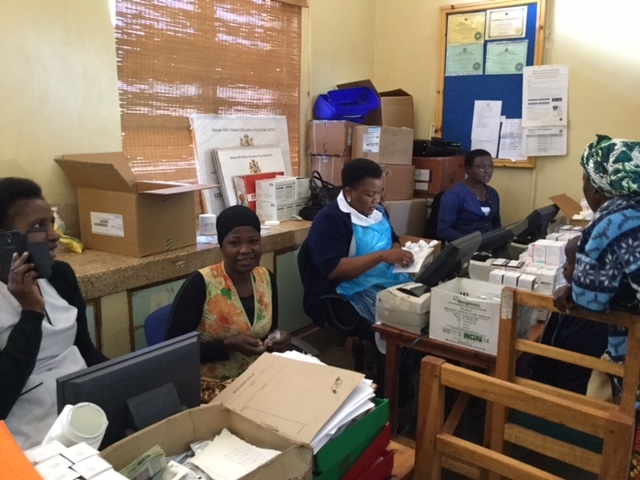 We then have HTCs (HIV testers and councillors), trained out of secondary school and able to some simple nursing tasks. Finally there is the patient expert, an HIV positive patient on treatment that serves as a patient advocate. The overall DI reach extends well beyond Tisungane to 170 settings often in very rural locations in the Zomba district.

Tests at the rest of the hospital can run at a snailspace.  At Tisungane HIV testing can be performed and reported in 15 minutes: 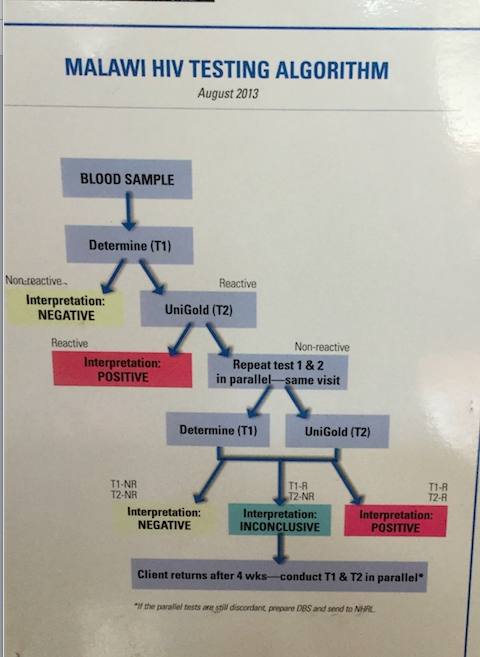 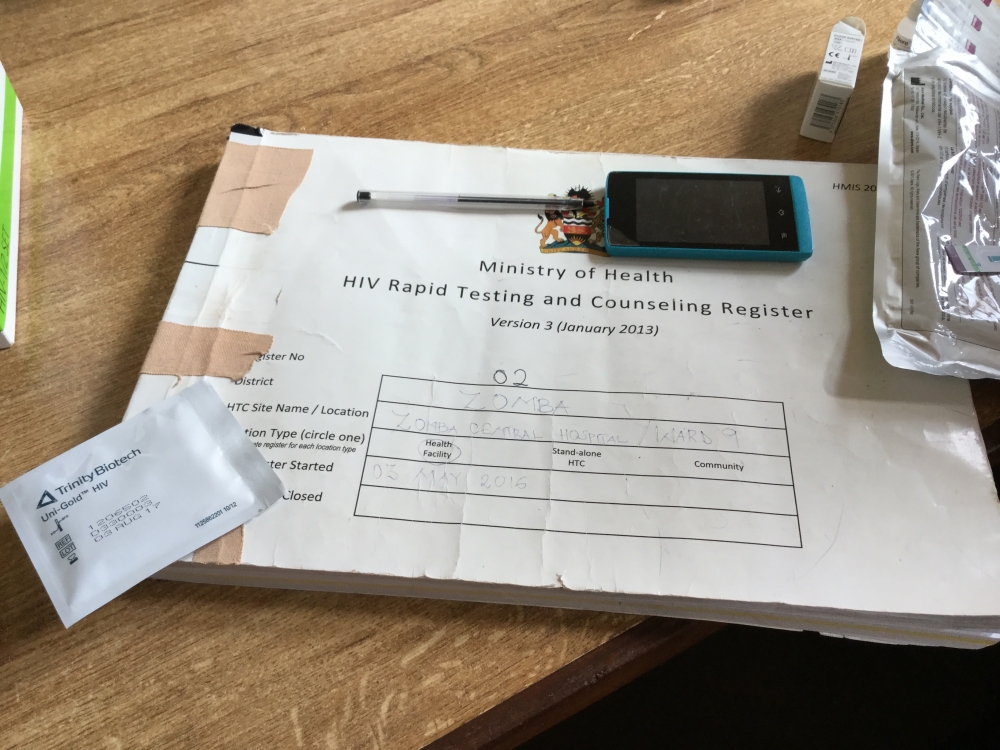 Down the hall I met Agnes who helps coordinate the care of TB patients infected with HIV. All very efficient and at a high care level. 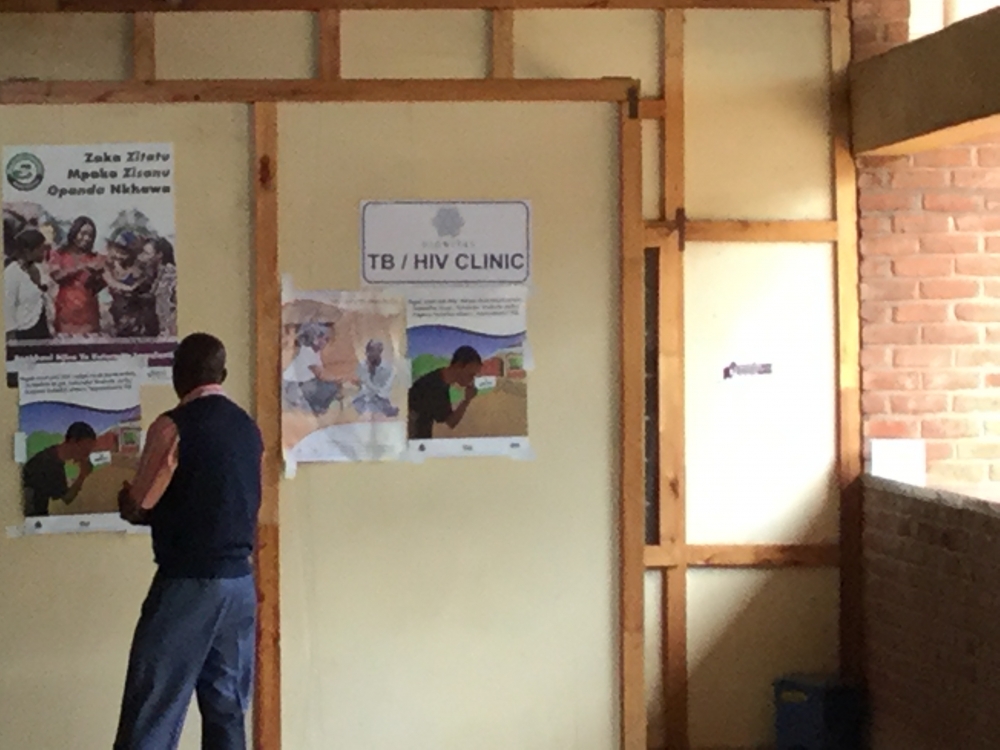 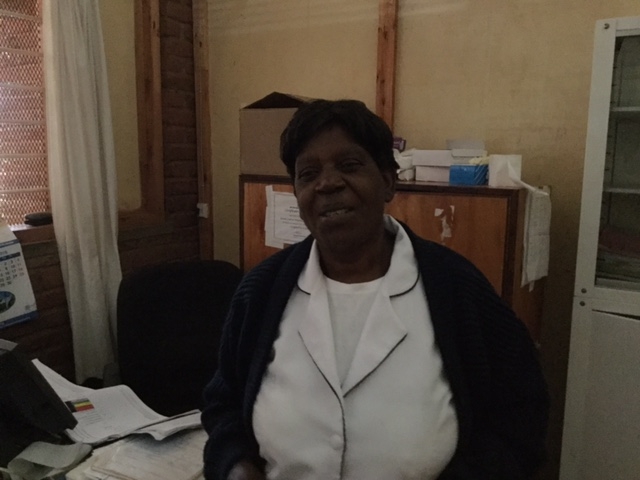 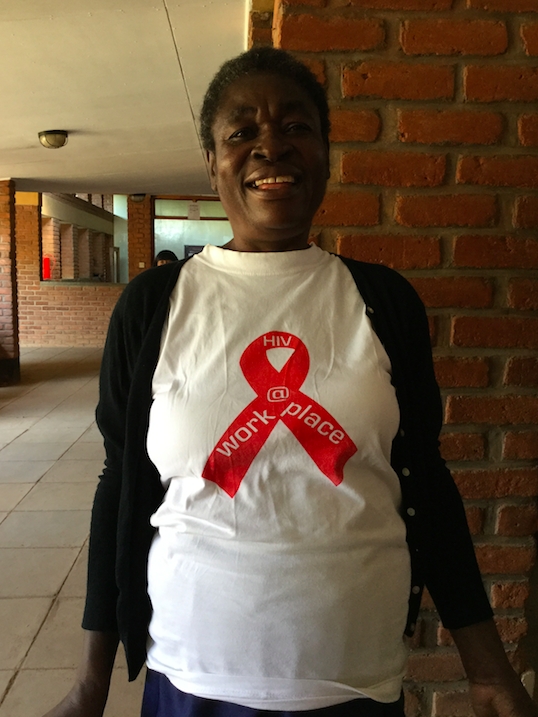 Further, there is a space for the care of antenatal and postnatal HIV infected women.  A major success has been to implement screening every pregnant woman for HIV. Untreated, the transfer rate to the child can range up to 40%. Again, through strong partnerships, the Option B+ program has cut transmission rates to those close to the developed world. Malawi was the first resource limited country that committed to providing life long treatment for all HV+ve pregnant and breastfeeding women. It is massive achievement. Find out more about the Dignitas effort in support of maternal to child transmission (PMTCT) program by clicking here:

At the end of the day what I was again stuck by was the quiet grace and dignity with which most people here live their lives. They dont have much but they are content and greet you warmly.  They teasingly smile when I say "Mulibwanji" (hello) or "Zikomo" (thank you).  I am trying to learn more.   Musician Leslie Feist, a tremendous supporter of DI sums it up nicely in her interview with Matt Galloway last fall. You can find it here: 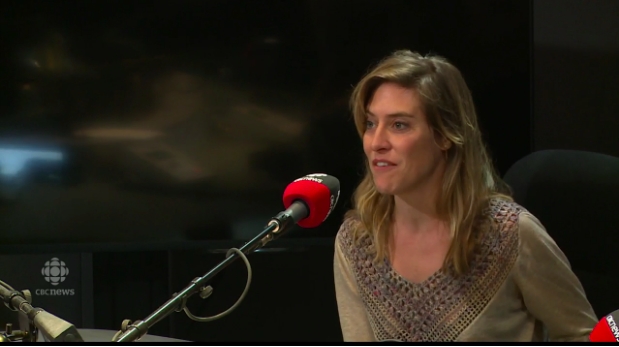 The emerging success of HIV treatment integration provides a model for how surgical and other neglected diseases should be tackled, HIV is only one disease. Scaled by thousands of clinical entities it seems entirely hopeless but that sort of effort where the larger world comes together to support and fund local healthcare systems in partnership with local NGOs who have expertise on the ground seems like a model to follow. We won’t get there if we don’t think about these things and at least try